My name is Sarah and I am here to share my story. A story of love, pain and regret. This will be my first time sharing this; the pain in my heart has been too great to bear and after several sessions with my counsellor I feel I need to share; it may reduce the pain in my heart.

END_OF_DOCUMENT_TOKEN_TO_BE_REPLACED

I remember that day; I was visiting Derin, my cousin, at her office in VI. I was in the waiting area, seated across a window, overlooking a large body of water. I had never seen the colour of water but for that day, it was blue, I was fixated on it, enjoying the calmness and peace it brought me. I noticed the beauty of the waves, how slow it was. For the first time that day, I was calm, nothing seemed to matter at that moment, I was mesmerised by the joy the river brought. END_OF_DOCUMENT_TOKEN_TO_BE_REPLACED

END_OF_DOCUMENT_TOKEN_TO_BE_REPLACED

She turned round and the blood just drained from her face, she was so embarrassed that Bayo found her crying. Bayo walked up to her and drew her into his arms, he put his hands in his pocket and drew out a handkerchief; he used it to lovingly wipe her tears.

END_OF_DOCUMENT_TOKEN_TO_BE_REPLACED

Same Day
The time was 12:12 pm; Shalewa was feeling sleepy and was hungry. She hadn’t slept well the previous night, the anger and the humiliation Bayo put her through kept waking her up intermittently.

END_OF_DOCUMENT_TOKEN_TO_BE_REPLACED

“Shalewa are you not the one your husband is talking to?” Orode her colleague who she shared an office with asked. “Orode this should be the first and last time you will ever call Bayo my husband again.” “Babe abeg calm down, is he not your boo again? Abi you na don fight?” Orode glancing at Bayo as she asked.

“Shalewa I am sorry for yesterday, please forgive me”. Bayo said slowly walking up to her desk. She looked at him, hissed then turned to Orode, “Babe I need to use the restroom” and with that Shalewa walked out of the office.

Bayo dashed after her, caught up with her and held her by the hand and she throwing his hands away, told him “don’t you dare touch me”. “But I said I’m sorry” “keep your stupid apologies to yourself, I don’t need it” and she walked away.

“Bayo what was that all about?” Emeka a colleague asked. “Well, I and Shalewa went to the Reals last night” he stopped obviously irritated that Emeka had witnessed the exchange between him and Shalewa. “Then?”   Emeka willing Bayo to continue.

“I felt she had a little too much to drink so I tried to stop her”. “Are you sure that’s all that happened? Because I know Shalewa she can’t be unreasonable just because of that, after all, she doesn’t drink”. “Are you now saying I’m the monster here?” Bayo asked while glaring at Emeka. “Guy I’m sorry, that’s not what I mean. I just feel that’s not the full story”.

“Well, I guess I overreacted, but I didn’t think the night ended badly”. “Then why is she angry?” “Maybe it’s because I met her parents”. “How did it happen?” “I took her home to make sure she was ok”. “Was Shalewa ok with you meeting her folks?” “From her reaction this morning, I think it’s safe to say she isn’t happy about it”.

“Bayo but come to think about it what about Roshana? I thought you liked her”. “I did”. “You did? “Yes the keyword here is did, but not anymore”. “What happened? “Emeka that’s a long story”; “Well we have time, spill”.

“Roshana I love the way your name sounds, but I’m curious as to the meaning of your name,” Bayo said to her. “Roshana means Shining Light; it’s a Sanskrit name”. “Sanskrit? “Yes Sanskrit”. “I thought Sanskrit is a Hindu language? “Yes, it is. My dad went to India for a postgraduate degree. He fell in love with the language and the name; he thought the name is sexy”. “Your dad must be one hell of an interesting man”. “Yes, he is” and they both laughed.

“My dad tells me you’re from Delta State,” Bayo says. “Yes I am, but people hardly believe that”. “I believe it’s because of your name” Bayo interjected. “I really love your name, it’s beautiful; just like you,” Bayo says to Roshana while taking her hands in his and stroking it gently. Roshana blushes, she had never met a gentleman like Bayo. He had shown up at her house in a stretch limousine wearing a blue tux looking as handsome as ever. He had gotten down from the vehicle long before she stepped out, patiently waiting for her. Immediately she showed up at the door of her house, he rushed to walk her down the steps, opened the car door lingering a little to look her over and then he let her in.

“So I hear you work with Great TV as a Talk Show Host?” Bayo says to Roshana still not taking his eyes off her. “Yes I do, do you watch the station? “Forgive me; I hardly watch TV, but I did a little research on you,” Bayo says with a grin on his face. “So between yesterday and today, you’ve already downloaded my data?” Roshanasays to Bayo. “Well, at least the basics” with a mischievous grin on his face. “So what else do you know about me?” “I know where you work, where you schooled, and the fact that you have only one sibling; a female Indira”. “Wow, but why will you go through all this when you’re meeting me today and you could ask me whatever you wish?” “Well for anything or anyone I am interested in, I do my research on them and for you, I like what I see”.

“Bayo come back, where has your mind been all this while?” Emeka hitting him on the shoulder to bring him back into consciousness. “I ask you to tell me what happened between you and Roshana and instead of you to spill, you’re lost in thoughts”. “Emeka don’t mind me, my mind just drifted to the day I and Roshana had our first date, it was the most beautiful day I had ever had and I thought I had met the one”. “So what changed?”

“Well I would have loved to delve into what happened, but not right now. I need to sort this issue between Shalewa and I. I need her back on my page, it’scostly having a misunderstanding. What do you think I can do, to get her to forgive me?” “Why don’t you spoil her with gifts? Surprise her with items that’s she’s been wishing for and be consistently apologizing”. “I can do that; let me get started right away”. “Good luck my man, you will need lots of it”. 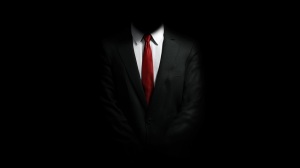 “Ka bo” her parents answered. “Who’s the young man with you?” her mumasked. “My name is Adebayo Olaotan Williams, the son of Mr & Mrs. Jaxx Olaotan Williams, chairman of The Williams Corporation”. Before Shalewa could utter a word to introduce Bayo, he had, as usual, done himself the honors. That was one thing she disliked about him, he was a Lilbit cocky, but he would never agree with that judgement. He liked to shout it loud to whoever cared to listen, his parent’s position. Despite the fact that, he had refused to work in his father’s company; that was the condition he gave his parents when he returned home, he still made it a point of duty to let everyone know who his father was.

END_OF_DOCUMENT_TOKEN_TO_BE_REPLACED

“Hey, Bayo are you here?” Shalewa asked tapping him lightly on the shoulder. He looked lost, “Shalewa I’m sorry I was lost in thought”. “I’m sorry for shouting at you earlier today; I think I was just transferring my hunger and tiredness at you”. “It’s ok, Shalewa I understand. I just wish you will date me, then I can call you all the sweet names I have in store”. Taking her hand again, “Shalewa Adebambo, would you please be my girlfriend?”

END_OF_DOCUMENT_TOKEN_TO_BE_REPLACED

“Welcome home Bayo” they all shouted, it was Bayo’s welcoming party, the one his parents had arranged for him, the surprise party they organized to welcome him back to Lagos or so he thought. He opened his eyes to see a room full of familiar faces. Everyone was eager to either hug him or give him a peck on the cheek. In the midst of all the greetings, His father, Mr. Olaotan pulled him to a corner, “Bayo, I would like you to meet Roshana, she just got back from the UK. I felt you two would have lots of similar experiences to share”, his dad said with a twinkle in his eye, introducing a beautiful young lady who seemed to be in her mid-twenties to him. His dad a handsome man who aged gracefully, or as his family jokingly said,” he was a man who refused to get old”. “Oh hi, my name is Adebayo Olatoan Williams”, “Roshana Williams”, “Wow so we have the same surname” they both chorused in unison. They shook hands exchanging pleasantries.

END_OF_DOCUMENT_TOKEN_TO_BE_REPLACED

“Shalewa Shalewa”, Shalewa wondered who called her name that loud, she turned but it was too late, Bayo had already seen her. “What sort of thing is this? Now Bayo will say he will drop me at home, what excuse should I give him oh?” She thought.