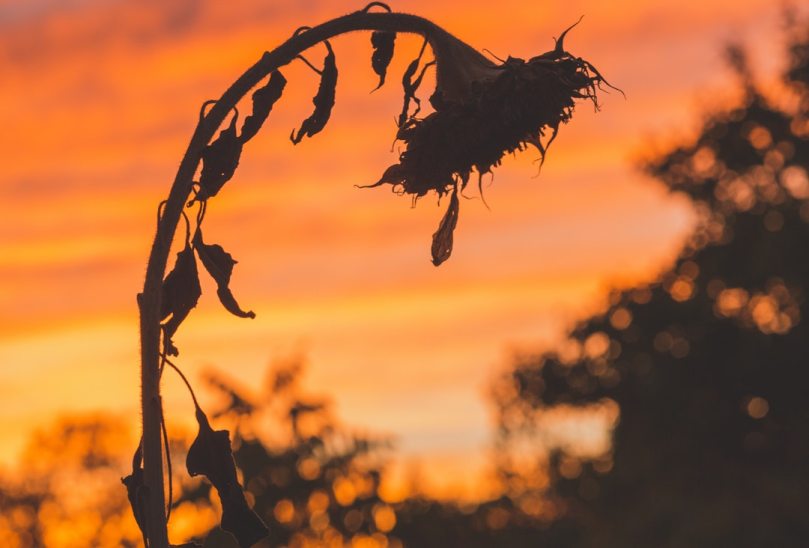 My younger brother was looking at a flower bed one morning and he noticed how in the midst of this flourishing flower bed, there was a stalk which had no leaf, no flower, nothing on it save its dry branches. And he asked me why that particular plant was dried in the middle of flourishing plants. The funny part is, this particular dry plant is in the exact middle of this flower bed but it is the only dry plant.

That day wasn’t the first day I was seeing that plant. When I first noticed it, I resolved to water it regularly and that I did, but still, there was no sign of life on it.

And to answer his question, I told him, “It is obvious that the plant has been cut off from its direct source of nutrient.” Most likely there was a stone beneath it which is blocking it from accessing nutrient. Therefore no matter the amount of water you pour on the plant, it won’t grow until it is connected back to its source of nutrient.

I once read a book, “The Power of a Praying Wife” and there was an illustration in that book. The writer said a man came to clean the church and having gone quite far in his cleaning, he realized that his vacuum cleaner wasn’t connected to the power source. He had to connect and start all over again (such stress).

In Psalms 1:3, the Bible likens a righteous man to a tree planted by the rivers of water that brings forth fruit in his season and doesn’t wither. But before that verse, it was noted that his delight is in the law of the Lord, that he mediate on God’s law day and night. This means to say he understands where his wealth is from, where his prosperity, his power is from and he has decided to stay connected to that source because the day he gets disconnected, he would become like chaff which the wind driveth away.

Therefore I urge us all to connect to God, place your delight in God’s law, make God your priority, meditate on His law day and night, be an ambassador for Christ wherever you go and watch your life prosper like the righteous man planted by the rivers of water.

Abraham never took God or His commandments for granted and God made him a father of many nations. Joseph feared God and never forgot His laws even in a strange land. And finally, David, when he forgot God and went against His laws, God cursed him, down to his descendants.

God is a merciful God and therefore, no matter how much you turn your back on Him, He would remain and wait for you to come back to your power source (HIM) because outside of him, we are nothing more than withered plants.

This Post Was Written By Deborah Adeyanju. She Is An Aspiring Medical Doctor Who Is Passionate About Making A Difference In The World Of Medicine And Life. Read Her Previous Article here.