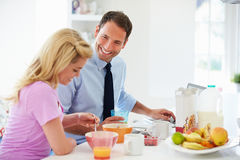 Hello everyone, I hope you all had a great weekend? So ever since my first short story which you can find HERE, I then decided to write another one; a series which I will be sharing by God’s grace every Monday.

I have a very wild and creative imagination; my mind is always coming up with all sorts of stories and dramas; so I decided to put my imaginations to good use. The series is titled; “The Adventures of Shalewa” and I hope you guys find it interesting. I would really love to hear from you guys what you think. If you would like to share your thoughts, hit me up in the comment section. God bless you all and have a fabulous week ahead.

The time was 4 pm, Shalewa’s official closing time from work. She had been counting down the hours and minutes to 4. She had a tiring day, enduring countless queries from her boss. In 8 hours her boss could summon her like a thousand times.

At last, the time had come for her to leave the office, not only was she tired but she was also hungry. She glanced at her wristwatch, packed her belongings, as she was about leaving; there was a slight knock on the door. “The door is open”, she called out and as usual standing in all his full glory was Bayo her “work husband” he was waiting for her at the entrance to her office.

“Hey Shalewa, can we go?” Bayo said to her looking her in the eyes; he knew it made her uncomfortable, but he did it anyway. “Yeah sure we can”, Shalewa replied. She looked him up, and for the first time that day, she truly noticed him. He was a very handsome man, looking resplendent in that navy blue three-piece suit, white shirt, and a blue tie. He was sharp-looking and well-fitted. It fit well and it made him look very handsome, and when he smiled, it was a little bit magical.

It was Wednesday, yet Bayo dressed like he had a meeting with the President. This was how he dressed every day, as he’s favorite saying is “dress the way you want to be addressed”.

“He would have been the perfect husband”, Shalewa said to herself, smiling at the thought. “Shalewa what are you smiling about”, Bayo asked. “Oh, it’s nothing; let’s go”.

And with that, he collected the excess luggage she was carrying, as he said: “a lady should not be stressed with burden”.

They did the same thing every day, at the end of work he would wait for her at the entrance of her office and they would go home together; well not a home they both shared, but he would drop Shalewa at the gate of her house. Bayo always wondered why Shalewa wouldn’t let him come inside, left to him, he would have cunningly entered her parents’ house; at least to know her parents, but he didn’t want to offend her.

Everyone at the office thought they were dating, with Bayo taking Shalewa to Lunch possibly every day, with him checking up on her every possible chance he gets, with him paying Shalewa compliments every day.

Shalewa knew Bayo liked her, but she paid him no mind. He was everything her parents would love. You see Shalewa’s parents; the Adebambo’s were bent on Shalewa getting married soon and they couldn’t understand what her problem was.

They had done everything possible to make Shalewa get married, yet all their efforts proved abortive. When they meet Bayo they were overjoyed. The day they meet him was a day Mrs. AdeBambo would not forget in a hurry.

2 thoughts on “THE ADVENTURES OF SHALEWA SERIES 1: THE WORK HUSBAND”